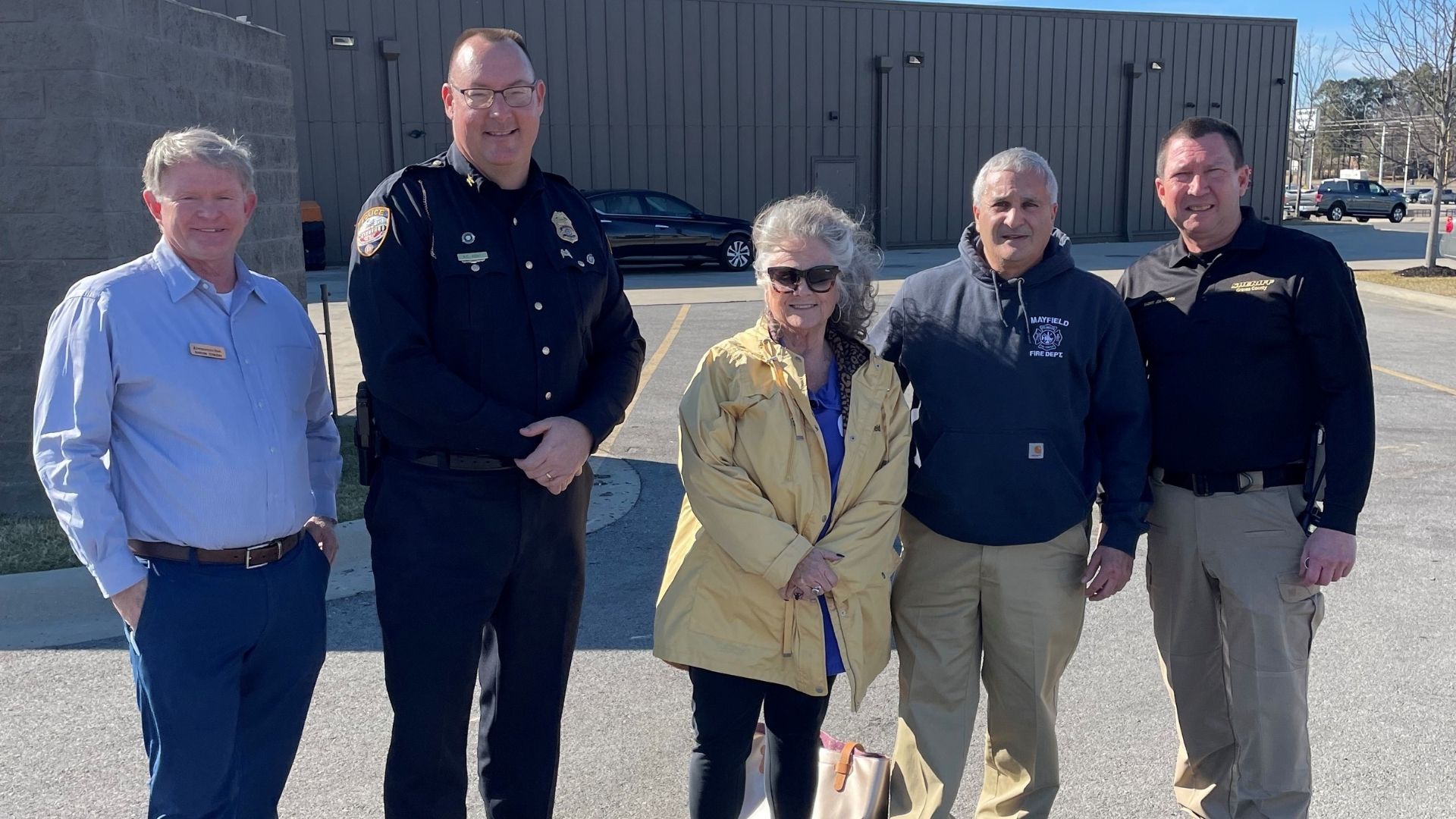 More than a thousand miles separate Mayfield, Kentucky and Mayfield, New York. The northeastern U.S. village has a small population within Fulton County— where Richard Giardino is Sheriff. After seeing the widespread tornado damage through news organizations, he reached out to both the Mayfield, KY Sheriff and Mayor to get information about the local community. Giardino decided to begin a community fundraiser (‘Mayfield to Mayfield’) which rapidly spread, with the help of reporters, and brought in donations from across the country. The charitable effort raised more than $85,000! It will be rolled into the Mayfield Graves County Tornado Relief Fund, Inc. at Independence Bank.

Sheriff Giardino is traveling across the country for a speaking appearance. During a stop on his way to Texas, he realized he would be driving near Mayfield, Kentucky and invited local leaders to lunch.

Future donations can be made here.

No comments to show.